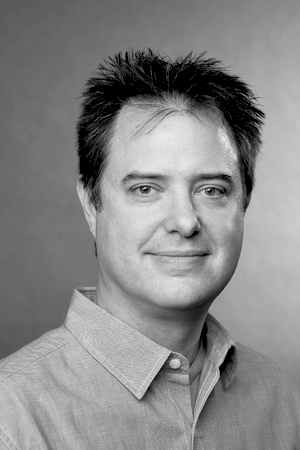 BRENT FINDLEY is an award-winning Supervising Sound Editor and Sound Designer who has worked on numerous films, television series, and commercial projects. His accolades include an Emmy nomination, a Cinema Audio Society award, nine MSPE Golden Reel nominations for sound editing projects such as Apple TV+’s Ted Lasso, NBC’s The Good Place, and the Grammy-winning docuseries The Defiant Ones, as well as one Golden Reel Award for The Liberator.

With a focus on episodic television, his current projects include Apple TV+’s sports comedy Ted Lasso – currently airing Season 2 and renewed for Season 3; and the dramas Little America and WeCrashed, Peacock’s Rutherford Falls and MacGruber, Amazon’s romantic comedy With Love, and Netflix’s Atypical. Brent’s work on Ted Lasso earned him his first Emmy nomination for Outstanding Sound Editing, as well as nominations for Outstanding Sound Editing and Sound Mixing from the CAS and MPSE.

Brent has also contributed his skills to many other projects, including Chris Rocks’ Kenan, Whiskey Cavalier, Marvel’s The Gifted, and the feature American Hustle. On his projects, Brent seeks to understand and develop the creatives’ vision to translate concepts into specific directions for the sound team.

Born and raised in Michigan, Brent and his wife have been living in Los Angeles and have worked in the entertainment business for over 15 years. His prior professional background in IT supports his embracing evolving methods of post-production sound, including emerging technologies for remote collaboration to safely complete projects under COVID protocols.

All Sessions By Brent Findley