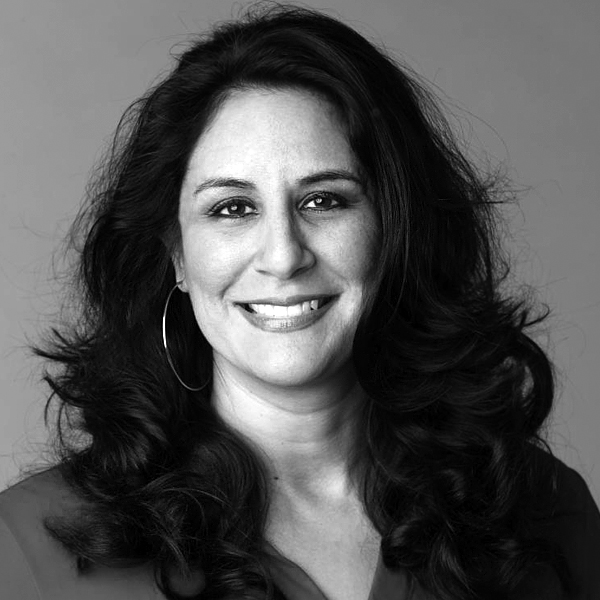 BONNIE ABAUNZA has dedicated her life to humanitarian work, human rights and social justice advocacy. Through the Abaunza Group she works closely with filmmakers, artists, production companies, distributors and non-governmental organizations to develop and execute social impact campaigns for films and documentaries.

Her campaigns have moved the needle on critical issues including genocide awareness with the Hotel Rwanda campaign, conflict diamonds with Blood Diamond, abuses by the food industry with Food, Inc., campus sexual assault with The Hunting Ground, online sex trafficking with I Am Jane Doe, animal rescue with Harry and Snowman, the plight of refugees with Cries From Syria and girls’ education with The Breadwinner.

Bonnie designed and executed the social impact campaigns for the feature film The Promise by Oscar winner Terry George, and the documentary Intent to Destroy, both about the Armenian genocide. She ran the impact campaign for The Heart of Nuba, about a doctor in the Nuba Mountains of Sudan.

Bonnie is currently working on the impact campaigns for the documentaries Birthright: A War Story, about women’s reproductive rights, Cracked Up, the story of childhood trauma and Darrell Hammond, River of Gold, about illegal gold mining in the Peruvian Amazon, and Waterschool, about global water sustainability and preservation. She is consulting on Netflix’s award winning film, Roma. She is a consultant to National Women’s Law Center.

She has worked on over 30 campaigns, with 14 of the films being nominated for numerous awards, including Oscar and Emmy Awards. Bonnie spearheaded the campaign on Diane Warren and Lady Gaga’s song ‘Til it Happens to You’ from The Hunting Ground’s soundtrack. The song was nominated for an Oscar and won an Emmy. Lady Gaga performed the song at the 2016 Oscars. The music video has been viewed over 42 million times and has been embraced as the anthem for the movement to end sexual assault on college campuses.

As a consultant for the United Nations agency, the International Labour Organization, she assisted with outreach to the entertainment community. She launched the ILO’s artist engagement program, Artworks and spearheaded their End Slavery Now, 50 for Freedom, and Red Card to Child Labour campaigns. She is currently working on initiatives to commemorate the ILO’s centenary in 2019.

From 2009-2014, Bonnie led the Special Projects & Philanthropy division for Academy Award winning composer, Hans Zimmer. Her initiatives included raising humanitarian aid for Haiti, Pakistan and Japan for International Medical Corps, and working with Madeleine Albright and the National Democratic Institute to advocate for the disenfranchised Romani people in Europe. She launched a successful online advocacy effort with Elizabeth Warren for passage of the Dodd-Frank Bill and the creation of the Consumer Financial Protection Bureau.

Prior to joining Hans Zimmer’s company in 2009, Bonnie served as Vice President, Social Action and Advocacy at Participant Media, where she developed social action campaigns to promote the documentaries and feature films produced by Participant Media.

From 2001 to 2007 she served as Director of the Artists for Amnesty program for Amnesty International from 2001 to 2007, raising Amnesty’s profile in the entertainment industry and the visibility of human rights campaigns with the public. She co-produced four film festivals, four Academy Awards viewing parties to benefit Amnesty, produced quarterly entertainment industry salons and more than 50 feature and documentary screening events, fundraisers and art exhibits.

She worked on numerous high profile campaigns including human trafficking and slavery, ending rape as a tool of war, rehabilitation of child soldiers, justice for the murdered women of Juarez, ending small arms trafficking, protecting the rights of indigenous peoples, and other global issues.

Bonnie has received commendations for her human rights work from the United States Congress and from the City of Los Angeles. She received the Lifetime Achievement Award from the organization, Unlikely Heroes, Women in Leadership Award from the City of West Hollywood, Global Champion Award from the International Medical Corps., KCET’s Local Hero/Hispanic Heritage Award, and was named Goodwill Ambassador to the Government of East Timor (appointed by President and Nobel Peace Laureate, Jose Ramos-Horta).

All Sessions By Bonnie Abaunza